The local hosts work alongside the ECPR Events Team with the organisation of the Winter School.

Thomas studied Political Science, Modern History and Communication Studies at Munich University and the University of Hull. He received his doctorate from the University of Munich and held research and teaching positions at the Universities of the German Federal Armed Forces Munich, Hull, Dresden, Kent and Bamberg. His visiting professorships include Boğazici University Istanbul, Mannheim University and the Institute d’Études Politiques de Lille. Since 2009 he has been Professor of Political Science at Bamberg University, and since 2010 he has been founding Director of the Bamberg Graduate School of Social Sciences (BAGSS), which has a very strong emphasis on research methods. He has a particular interest in survival analysis and quantitative text analysis. In 2008, Thomas Saalfeld was elected Fellow of the UK Academy of Social Sciences (AcSS). Between 2015 and 2016 he served on the Council of the German Political Science Association (DVPW).

Michael graduated both in economics and social sciences and earned his doctoral degree in sociology at the University of Mannheim. He has already (co-)lead two international collaborative research projects, the TEW-CCA project and the Horizon-2020 project EXCEPT. In 2018 he was awarded an ERC Starting Grant for his research project SECCOPA in which he studies the consequences of temporary contracts based on panel data from various countries. His specific research interests include transitions to adulthood, multilevel analysis of comparative micro data, longitudinal data analysis and methods of modern causal analysis.

Lasse Gerrits, Department of Political Science, Chair of the Governance of Complex and Innovative Technological Systems

Lasse got degrees in public administration and spatial planning from the Erasmus University of Rotterdam, were he worked as an associate professor before coming to the University of Bamberg as a full professor in political science. In Bamberg, he holds the Chair for the Governance of Complex and Innovative Technological Systems. His research interests are in complexity-informed methods such as qualitative comparative analysis, network analysis and system dynamics modeling. 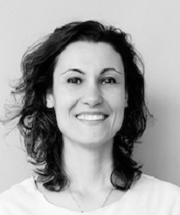 Since 2018, Dr. Sofia Pagliarin is Assistant Professor (‘Akademische Rätin’) at the Chair for the Governance of Innovative and Complex Technological Systems at Bamberg University. In 2014, she obtained her double doctoral degree (co-tutorship) in urban studies from Bicocca University (Dept. of Sociology) in Milan (Italy) and from Katholieke Universiteit Leuven (Belgium, Department of Spatial Planning and Development). Between 2016 and 2017, she worked as a post-doc researcher at the Swiss Federal Research Institute (WSL) in Zurich. Her main research interests involve suburbanisaton, land use transformations, spatial planning, complexity informed methods to study urban change and multi-level (metropolitan) governance.

Nasia has studied International and European Studies and Politics and Economics of Eastern and Southeastern Europe at the University of Macedonia in Greece as well as Political Science at the University of Bamberg in Germany. She has worked as an intern for the Greek-German Chamber of Industry and Commerce in Thessaloniki as well as for NGOs and International Organizations.