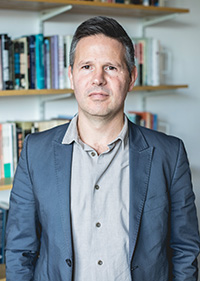 We are delighted to announce that George Lawson, Australian National University, has been honoured with the 2020 Hedley Bull Prize in International Relations, for his 'magisterial' book Anatomies of Revolution (Cambridge University Press, 2019).

George previously taught at LSE and Goldsmiths. His work is oriented around the relationship between history and theory, with a particular interest in global historical sociology, and he applied this interest to his 2005 book Negotiated Revolutions: The Czech Republic, South Africa and Chile.

He also applies his interest in history-theory to debates around global modernity, most notably in a book (co-authored with Barry Buzan), which charts the ways in which a range of important dynamics in contemporary international relations have their roots in the 19th century ‘global transformation’. 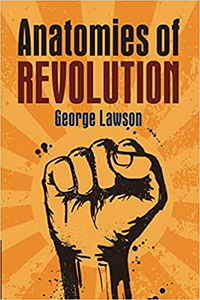 Recent years have seen renewed interest in the study of revolution. Spurred by events like the 2011 uprisings in North Africa and the Middle East, the rise of Islamic State, and the emergence of populism, a new age of revolution has generated considerable interest. Yet, even as empirical studies of revolutions are thriving, there has been a stall in theories of revolution.

Anatomies of Revolution offers a novel account of how revolutions begin, unfold and end. By combining insights from international relations, sociology, and global history, it outlines the benefits of a 'global historical sociology' of revolutionary change, one in which international processes take centre stage.

Featuring a wide range of cases from across modern world history, this is a comprehensive account of one of the world's most important processes. It will interest students and scholars studying revolutions, political conflict and contentious politics in sociology, politics and international relations.

‘I could not be more delighted that Anatomies of Revolution has won the 2020 Hedley Bull Prize. We are living in an extraordinarily turbulent period – a new age of revolution. As with so many other features of world politics, we can only understand what is going on today by examining how we got here, showing how revolutionary practices have changed over time and place, and exploring the close relationship between revolutions and international dynamics.

Writing this book was a real labour of love; to have it recognised by the ECPR is an especially proud moment.’

‘This volume provides a nuanced and lively account of the history and theory of revolutions, introducing important and surprising comparisons across time and historical space. It is a timely reminder that the concept of revolution is still crucial for making sense of the language of political upheavals, clearly showing the continuing relevance of historical and history-of-ideas studies in international relations and political science in general.’