How voters and parties react to federal institutional design

All federal systems face an internal tension between divisive and integrative political forces, striking a balance between providing local autonomy and subnational representation on the one hand, and maintaining an integrated political community and sufficient integration to maintain stability on the other hand.

This book argues that parties and voters strategically respond to the incentives of federal institutional design to shape the development of arenas of political competition that are either predominantly independent or integrated across levels of the federation.

Drawing on a rich collection of original data, including a data set of aggregate-level electoral data from over 2,200 federal and subnational elections in seven federations, as well as the author's original data set on party organisational linkage from a survey of subnational party elites, this book demonstrates how two aspects of institutional design – the degree of decentralisation and the method of power allocation – affect the development of integrated or independent politics as observed through voter behaviour, party systems, and party organisation.

Using a mixed-method research design, it demonstrates how voters and parties react to federal institutional design. It also provides nuance in the causal processes at play, demonstrating how party organisation, party system structure and voter behaviour interact to produce a federalism that is predominantly integrating and stability-enhancing or one that is predominantly autonomy- and accountability-enhancing. 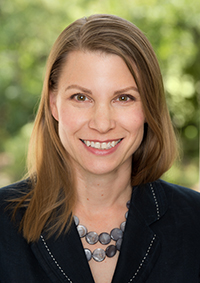 In Lori’s own words

‘Ultimately, this is a book about political development in multi-level systems, and how this development can be shaped by institutional design choices.

There has been a great deal written about ‘second order elections’, where voters approach subnational elections as a referendum on the performance of the party in power federally, or use the election to lodge a low-stakes protest vote. This is an important aspect of multi-level political competition, but for me, it is part of a larger and more interesting question—how various aspects of multi-level competition, including voter behaviour, contribute to the gradual development of either integrated or independent political spheres.

How and when do integrated political communities develop over time, ones that sustain shared party identification, for instance, and allow voters to view federal and subnational parties interchangeably, and when do we end up with federations that preserve highly interdependent political communities? This is the question that is at the heart of this book.

This book has allowed me to draw together my work on party organisation, party system congruence and voter behaviour to show how these aspects of party competition are not only shaped by institutional design, but they also influence each other.

The challenge for in this book was handling the complexity in the comparison of seven countries. While I can investigate some of the relationships I’m interested in using quantitative methods on a large dataset of subnational elections, my research question has led me to a multi-method approach. I’ve used configurational analysis to dig into how different combinations of institutional features can lead to integrated or independent politics and drawn on interviews with Spanish party elites in different regions to try to elaborate the mechanisms and motivations that drive party strategy.’

Lori Thorlakson is a professor in the Department of Political Science at the University of Alberta in Edmonton, Canada. Her work has examined party organisation and party competition in multi-level systems, comparative federalism and European Union politics.