We're delighted to announce the appointment of Johanne Døhlie Saltnes, ARENA Centre for European Studies at the University of Oslo, and Martin J. Bull, University of Salford, as co-editors of the new ECPR blog – coming this autumn.

The Loop will bring together ideas, research and content from all reaches of political science and present them in accessible, engaging bite-size chunks to inform, educate and entertain. 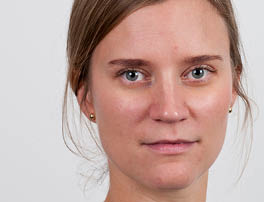 Johanne Døhlie Saltnes is a postdoctoral fellow at the University of Oslo, from which she also gained her PhD.

Her research interests include the EU's development policy, political dialogue, sanctions and the EU's Common Foreign and Security Policy. Johanne's current research project forms part of the H2020-funded project GLOBUS – Reconsidering European Contributions to Global Justice. Her forthcoming book The European Union and Global Development: A Rights-Based Approach?, will be published in 2021 as part of the Routledge European Union and Global Order (EUGO) series.

In her own words

'Today’s media environment, demanding simplified and reductionist arguments, presents a challenge to the propagation of analytical-scientific arguments. However, this environment also opens up opportunities for the unique format of academic blogs – where The Loop will be a most welcome addition.' 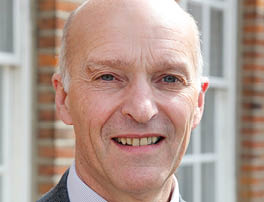 Martin Bull is Associate Dean for Research & Innovation and Professor of Politics at the University of Salford, and a former ECPR Director. He is a specialist in Italian and comparative politics. Martin's recent publications include Italy Transformed: Politics, Society and Institutions at the End of the Great Recession (London: Routledge, 2019, edited with Gianfranco Pasquino).

He has written regular blog pieces for academic blogsites such as the Conversation and LSEBlogs, as well as more mainstream media outlets.

'There is a wealth of knowledge and potential influence in the academic community, but too much of it is untapped, either locked behind publishers’ pay walls or inaccessible to the public as a result of the length of articles and complexity of the writing. Academic blogging can help untap that knowledge and help realise greater levels of influence for academics in relation to government and public life. New ECPR blog The Loop is fundamental to achieving that, and I am very pleased and honoured to have been appointed as its Founding Editor alongside Johanne Døhlie Saltnes'.