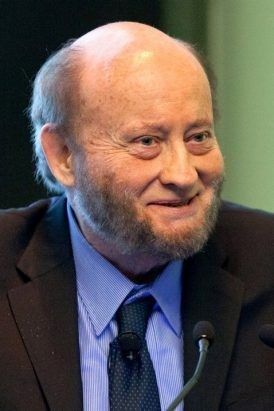 ECPR is saddened to learn of the recent death of Ronald Inglehart, one of the true giants in political science.

He leaves behind a highly influential corpus of published work, starting with his classic American Political Science Review paper on ‘the silent revolution’ (a book-length version followed a few years later), that set out his thesis on intergenerational value change in post-industrial societies.

Value change was core to much of his work, and not just in his numerous publications. He was a co-founder of the Eurobarometer, and four decades ago he founded the World Values Survey (WVS), which brings together a global network of social scientists gathering survey data.

'Forty years ago, Ronald Inglehart founded the World Values Survey, now the biggest survey research programme in the social and political sciences and non-commercial public opinion research in the world.

Ron created a top-level academic and research network in 120 countries. This network has published thousands of books and journal articles in English, French, German, Spanish, Russian and many other world languages.

He was one of the most-cited political scientists in the world, and created a whole 'Inglehart School' of PhD students, who became later prominent scholars in the world's top universities.

In forty years as Founding President of the WVS, Ron also created the world's biggest non-commercial survey research infrastructure. This infrastructure covers more than 90 per cent of the world population and is used by thousands of undergraduate and postgraduate students in the political and social sciences worldwide as part of their studies in teaching and learning.

I met Ron for the first time 25 years ago at a meeting of the WVS Executive Committee in Vienna, which I had the honour to organise, and I applied to him to become the Principal Investigator of WVS in Hungary. I worked with him first as Vice-Chair in the Scientific Advisory Committee of the WVS, and later as President of the WVS.

We met at least twice a year around the world and his contributions as Founding President were always friendly, polite, respectful and constructive. He was not only a prolific and outstanding leading scholar in political science, but also the best academic team-builder and team-leader I had ever the pleasure to meet.'

ECPR would like to extend its sincere condolences to all Ronald Inglehart's family and friends.