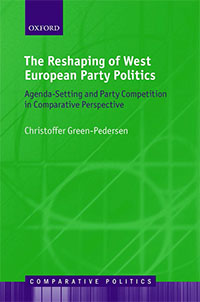 Gone are the times when class-based political parties with extensive membership dominated politics. Instead, party politics has become issue-based.

Surprisingly few studies, however, have focused on how the issue content of West European party politics has developed over the past decades. Empirically, The Reshaping of West European Party Politics studies party politics in Belgium, Denmark, France, Germany, the Netherlands, Sweden and the UK from 1980 onwards. It highlights the more complex party system agenda with the decline, but not disappearance, of macroeconomic issues as well as the rise in 'new politics' issues together with education and healthcare. 'New politics' issues such as immigration, the environment, and European integration have developed in very different trajectories.

To explain the development of the individual issues, this volume develops a new theoretical model labelled the 'issue incentive model' of party system attention. The aim of the model is to explain how much attention issues get throughout the party system, which is labelled 'the party system agenda'. To explain the development of the party system agenda, one needs to focus on the incentives that individual policy issues offer to large, mainstream parties, i.e. the typical Social Democratic, Christian Democratic, or Conservative/Liberal parties that have dominated West European governments for decades. The core idea of the model is that the incentives that individual policy issues offer to these vote and office-seeking parties depend on three factors, namely issue characteristics, issue ownership, and coalition considerations. The issue incentive model builds on and develops a top-down perspective on which the issue content of party politics is determined by the strategic considerations of political parties and their competition with each other. 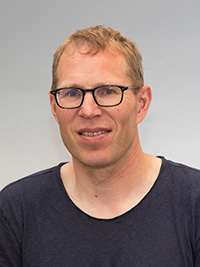 'This book is the result of a long-held theoretical ambition to bring insights from the growing literature on policy agenda setting into the booming research on issue competition among political parties. I have published on this topic over the last decade, but writing this book was the chance to bring the insights I have developed together into a more comprehensive theoretical model, which I label “the issue incentive”.

The book gives me a chance to show how this model can help us understand how the issue content of West European party politics has developed over the past decades, including the question of comparative differences and similarities in which issues political parties addresses.

There is already a quite extensive literature on issue competition among political parties in Western Europe and I try to take issue with two aspects of this literature in particular. One is the strong focus on the new, second dimension of West European politics. Not that this focus is wrong, but the book tries to argue that a focus on individual policy issues is often more fruitful. The second is the strong focus on new, niche parties as electoral competitors. Again this focus is not wrong, but the book argues that starting with the incentives facing large, mainstream parties is more helpful in terms of understanding the party system in general. From that perspective, the importance of new, niche parties is not so much as electoral competitors, but more as potential coalition partners.'