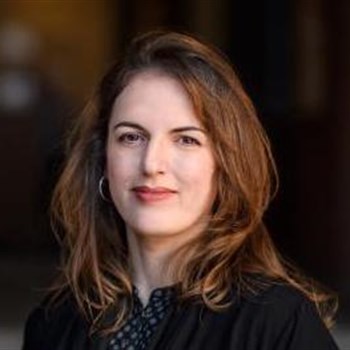 Anthoula Malkopoulou is Senior Lecturer in Political Theory at Lund University and Docent in Political Science at Uppsala University. A recipient of several fellowships, including the Stanley J. Seeger Fellowship at Princeton University, a Marie Curie Intra-European Fellowship (2014-16) and the Erik Allardt Fellowship at the Swedish Collegium for Advanced Study (2012), she has been a Visiting Professor in Adelaide, Helsinki, Dublin, Athens, Rome, Berlin, and a collaborating Lecturer at the Hellenic Open University. She is Co-convener of the ECPR Standing Group on Political Concepts and a co-editor of Redescriptions: Political Thought, Conceptual History and Feminist Theory. She holds a PhD from the Finnish Centre of Excellence in Political Thought, University of Jyväskylä (2011). Malkopoulou’s main fields of research are contemporary democratic theory and history of political thought, with a focus on political representation and responses to far-right parties. She is the author of The History of Compulsory Voting in Europe (Routledge, 2015), and co-editor of Militant Democracy and its Critics (Edinburgh University Press, 2019), Equal Representation (Routledge, 2018) and Rhetoric, Politics and Conceptual Change (Finnish Institute, 2011). She has published in journals such as International Political Science Review, Political Studies, Australian Journal of Political Science, History of Political Thought, Constellations, Redescriptions, Critical Review of International Social and Political Philosophy, History of European Ideas and European Constitutional Law Review. As of 2021, she is involved in four research projects, dealing with democratic self-defense and voting rights. For more info, check https://anthoulamalkopoulou.weebly.com

Anthoula has not yet registered for any ECPR events.