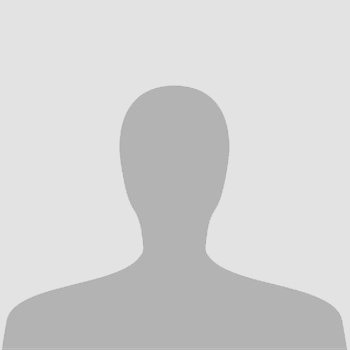 Claudia Padovani is Associate Professor in Political Science and International Relations at the University of Padova (Italy) where she teaches courses in International Communication and Communication Governance and Transnational Networks (master programs), both with a gender mainstreaming approach. Her main areas of interest concern the transformation of political processes in the global context and their connection to the evolution of communication processes and technologies, with a special focus on gender equality issues, communication rights and social justice. At the University of Padova, she performs a number of functions related to the University commitment towards gender equality promotion and internationalization: she has been appointed Director of the University Interdepartmental Centre for Gender Studies (CIRSG) for the period 2015-2018; she is the focal point for, and co-chair of the UNESCO UniTWIN University Network on Gender Media and ICTs and is also the University representative to the Scholars at Risk international network. In the context of international associations and collaborations, Padovani co-chairs the Working Group on Global Media Policy of the International Association for media and Communication Research (IAMCR), where she is also an elected member of the International Council; and has been involved with the IAMCR Task Force on the UNESCO-promoted Global Alliance on Media and Gender (GAMAG) since 2013. Padovani is amongst the funders of the Mapping Global Media Policy digital platform (a collaborative project of the IAMCR) where she has coordinated since 2012 thematic sections related to gender, media and ICT (International and European). She has coordinated four Italian editions of the Global Media Monitoring Project on the representation of women and men in the news media (2000, 2005, 2010, 2015, with the Osservatorio di Pavia). Furthermore, she acted as senior researcher in an international consortium for the ‘Study on Area J of the Beijing Platform for Action: Women and the Media in European Union’ (European tender EIGE/2012/OPER/07, allocated budget 400.000 euros): a research project, focused on 28 European countries, aimed at developing indicators to monitor and evaluate the extent to which gender equality is being advanced in media industries, with specific emphasis on the existence of gender equality policies. Having designed and participated in various international research projects, Claudia Padovani is currently involved in a project funded by the European Commission DG Justice (JUST/2015/RGEN/AG/ROLE – Rights, Equality and Citizenship programme, allocated budget 450.000 euros) titled ‘Advancing Gender Equality in Media Industries’ (AGEMI) and coordinated by Newcastle University). AGEMI takes an integrated approach to combating gender stereotypes and promoting an equal, diverse and inclusive media sector by creating a Resources Bank of good practices and a series of openly accessible Learning Resources. Padovani has published extensively on gender, media and communication governance issues. The most recent publications are: o “Gendering media policy research and communication governance” in Javnost – The Public. Journal of the European Institute for Communication and Culture, Taylor & Francis (2018); o Rethinking the transition process in Syria: Constitution, participation and gender equality (proceedings from an international conference, co-edited with Francesca Helm, Research Publishing 2018); o a themed issue of the International Communication Gazette on “Digital constitutionalism” (co-edited with Mauro Santaniello, Sage Publications 2018); o Gender Equality and the Media: A Challenge for Europe (co-edited with Karen Ross, Routledge 2017); o a themed issue of the Journal ComPol on “The Politics of Media Gender Equality. Lessons learned and struggles for change twenty years after the Beijing Fourth World Conference on Women” (co-edited with Elena Pavan, Il Mulino 2017); o a themed issue of the Journal of Information Policy on “Gendering Global Media Policy: Critical Perspectives on ‘Digital Agendas” (co-edited with Leslie Shade, Pen State University Press 2016). Padovani is currently working on a monograph titled Media Gender Equality Regimes: a framework for change as a contribution to a global research agenda on the policy dimension of gender and media issues.

Claudia has not yet registered for any ECPR events.