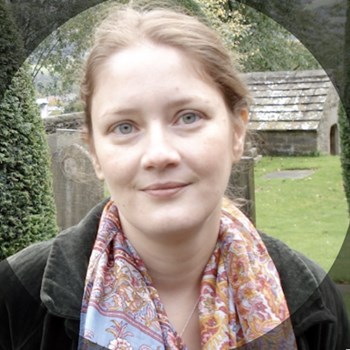 I am Lecturer in European Union Politics at the University of Salford, UK. My research interests and expertise are in three distinct, albeit overlapping, areas. First, I am particularly interested in women's representation in politics in post-communist Europe. My single-authored monograph, entitled Gender, Institutions and Political Representation: Reproducing Male Dominance in Europe's New Democracies, was published in Palgrave Macmillan's flagship Gender and Politics series in 2018 (https://link.springer.com/book/10.1057/978-1-137-01177-0). The book is the first comparative study of women's descriptive, substantive and symbolic representation in six post-communist countries: Bulgaria, Czechia, Hungary, Poland, Romania and Slovakia. Writing this study was prompted by the need to address two significant issues in existing scholarship: (a) the lack of comparative studies of the region and (b) the overwhelming emphasis on women's descriptive representation in politics in the region. Within this context, I argue that the central question that we need to address is not, as it has often been assumed in the literature, why women are under-represented in politics, but rather why men (and masculinity as an analytical category) are over-represented in politics. Thus, I focus on the causal mechanisms that have established and subsequently reproduced male dominance in the politics of post-communist Europe, as well as on how actors seeking to represent women can ‘break’ male monopolies in politics in the region. Secondly, I am a specialist on European Union politics, with a particular emphasis on women’s representation in the European Parliament (EP). The focus on my research in this area has been on the representation of women from post-communist Europe in the EP since 2004. My publications in this area include a study on the recruitment of women candidates in EP elections in the post-communist member states (Parliamentary Affairs, 2014) and a study of how women MEPs from post-communist Europe seek to represent women in the EP (book chapter in edited collection, 2019). Last but not least, I have a long-standing interest in gender and comparative politics. My PhD thesis (University of Manchester, 2003) developed the concept of ‘patriarchal transitions’ to explain the puzzle of why post-communist Europe’s rapid democratisation after 1990 did not include women or, for that matter, re-shape gender relations in a more egalitarian direction. Although we have made significant progress since, there are still important gaps in how gender informs comparative politics research. For instance, we have yet to develop systematic conceptualisations of the gender politics of hybrid and authoritarian regimes in the post-Cold War era, or of the casual mechanisms whereby, in an interconnected world, processes of authoritarian learning shape the backlash against gender equality currently on the rise in a variety of countries.

European Conference on Politics and Gender, University of Ljubljana, 6 – 8 July 2022


Paper - Democratic backsliding and the representation of marginalised groups