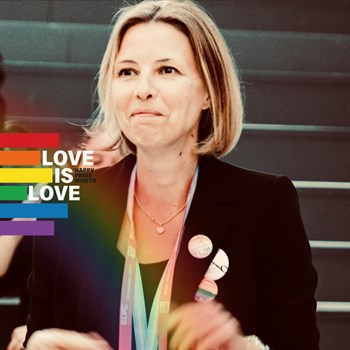 I am Professor of Public Policy at the University of Exeter. I am the Director of the PhD program in Politics at Exeter and the Disciplinary Pathway Lead for Exeter Politics on the South West Doctoral Training Partnership. My current research focuses on party competition and policy change on value-loaded issues, the politics of gendering policy attention and action, regulatory dynamics in human biotechnology, and the comparative turn in public policy research. Prior to joining Exeter, I worked at the University of Bath (2015-2018) and the University of Ottawa (2011-2015). I held a Max Weber Fellowship at the European University Institute, Florence (2008-2010) and guest professorships across Europe. I have worked extensively on the dynamics of value-loaded issues in politics and policy (see Morality Issues and Party Competition in Western Europe, 2012, with Christoffer Green-Pedersen and Lars Thorup Larsen) and on comparison in policy analysis (see Comparative Methods for Public Policy, 2014, with Christine Rothmayr Allison). Currently, I am Working Group Leader on the HORIZON 2020 COST ACTION Professionalization and Social Impact of European Political Science (COST 15207) and convene, together with Amy Mazur, the International Research Network on Gender Equality Policy in Practice, which investigates the politics of implementing gender equality across policy sectors in Europe and North America. Christine Rothmayr and I are pursuing our research into comparative practices in public policy and gender equality in the political science profession. My work appears notably in the European Journal of Political Research, the European Journal of Public Policy, Regulation & Governance, West European Politics, Comparative European Politics, Journal of Comparative Policy Analysis, and Revue Française de Science Politics. My research has been awarded the 2012 APSA Best Comparative Policy Paper Award and the 2011 Carrie Chapman Catt Prize. I am Editor-in-Chief of European Journal of Political Research (with Emiliano Grossman and Sofia Vasilopoulou) and Founding Editor of the European Journal of Politics and Gender (with Petra Ahrens, Karen Celis, Sarah Childs, Elizabeth Evans and Liza Mügge). I am also Founding Editor of the Routledge Series on Gender and Comparative Politics (with Karen Celis) and serve on the international advisory board of the Journal of Comparative Policy Analysis, Journal of Public Policy, Policy & Politics, and the Swiss Political Science Review. Last but not least, I believe in service for our profession. I served as Convener of the European Conference of Politics and Gender from 2011 to 2019, as Convener of the ECPR Standing Group in Gender and Politics from 2011 to 2019 and Founding Chair of the Council for European Studies Research Network in Gender and Sexuality Studies (with David Paternotte). I currently serve as Vice-President of the International Public Policy Association and on the Advisory Board of the European Politics and Society Section of APSA. Follow me on Twitter: @IsaEngeli

Isabelle has not yet registered for any ECPR events.