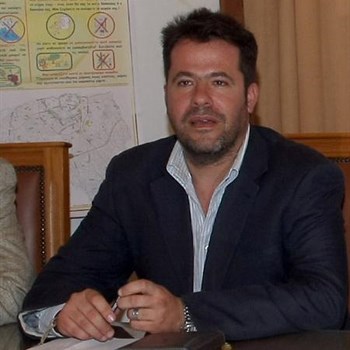 Nikos E. Papadakis (BA, MA, MA, PhD) is Professor and former Head (2009- 2011) of the Department of Political Science, at the University of Crete (UoC). He is a Distinguished Visiting Professor at the Academy of Globalization and Education Policy (AGEP) of the Zhengzhou University (ZZU), China. Further, he is the Deputy Director of the UCRC, namely the University of Crete Research Center for the Humanities, the Social and Education Sciences. Additionally, he is the Director of the Centre for Political Research and Documentation (KEPET) at the Department of Political Science of the UoC, while he is a Member of the Board of the Centre for Training and LLL of the University of Crete (KEDIBIM), as well as a member of the Market Research and Entrepreneurship Unit of the same University. He is a Member of the UN SDSN Global, as well as a Member of the Standing Group on “Political Culture” of the ECPR (European Consortium for Political Research). He is a Member of the Scientific Board of the National Centre of Public Administration and Local Government (EKDDA) of Greece. He was an International Expert at the ETF (“Skills & VET Governance” project/ 2015- 2018), while he was a Special Adviser to the European Commission (2011 -2013) and he has participated the European Commission Education & Training Coordination Group (ETCG/2006-2010). In addition he was a member of the Advisory Board of the UNDP/ RCPAR (Regional Centre for Public Administration Reform/ 2008- 2011) and the European Commission SGIB (Standing Group on Indicators & Benchmarks/ 2007- 2012). He was a Visiting Professorial Fellow at the UCL- IoE (March 2012- August 2012) and a Visiting Professor at the Zhengzhou University (ZZU), in China (November 2019). He has cooperated (as an external evaluator) with the Foundacao para a Ciencia e a Tecnologia (FCT) of the Ministry of Research and Technology of Portugal (2007- 2008), while he has participated in OECD/ Institute of Management of Higher Education activities (2004). He participates (either as a Chair, or as a Member) External Evaluation Committees (EEC) of the Agency for Quality Assurance and Accreditation in Higher Education of the Republic of Cyprus (CYQAA). Additionally, he cooperates with the ESRC- funded “LLAKES” Research Centre of the UCL-IoE, while he is currently a Scientific Associate- Researcher of the E.E.T.A.A. (Hellenic Agency for Local Development and Local Government). He has been a visiting lecturer and/ or held seminars and lectures at several European universities {including UCL-IoE, Facultiet Universitas Katholiques de Mons (FUCAM), European University of Krakow, University of Stirling, DP University of Copenhagen- University of Aarhus et} as well as at Asian Universities {including Beijing Normal University (BNU), Zhengzhou University (ZZU), School of Law and Public Administration of the NCWU (North China University of Water Resources), Henan Normal University (HNU), Qufu University and Soochow University, China}. Additionally he has taught at the National Centre for Public Administration and Local Government of Greece (EKDDA), the Cyprus Academy of Public Administration and the Academy of Public Administration of the Republic of Kazakhstan. He has studied at the University of Crete and at the IoE of the University of London (currently UCL- IoE). His fields of specialization and research interests include Public Policies in Education and Training, Employment Policies, Social Policy, multiculturalism and Migration Policy and Research Methodology. He has 170 publications, in Greek, English, French and Chinese, including journal articles, conference proceedings and book chapters. He is the author of 11 books- monographs, in Greek and English, while he has edited 10 books. 193 presentations in Conferences and Workshops and Invited Lectures in Greece and abroad (99 out of them, in International Conferences and Workshops). He has participated (or currently participating) in 47 (mainly research) Projects in Greece and abroad, either as Team Leader or as researcher/ expert. See the detailed CV at: http://political.soc.uoc.gr/en/staff/25775/30

Nikolaos has not yet registered for any ECPR events.