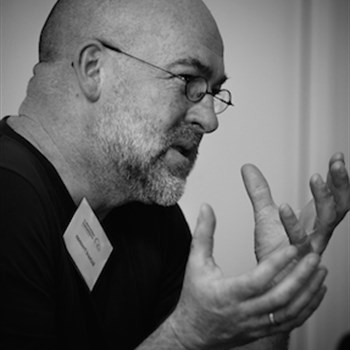 Richard Freeman is Professor of Social Science and Public Policy at the University of Edinburgh. He teaches knowledge and practice on undergraduate and postgraduate programmes in policy and politics, as well as theory and method in the Graduate School of Social and Political Science. He is a former Fulbright Scholar and Jean Monnet Fellow, and has held visiting positions at the Hanse-Wissenschaftskolleg, Bremen, the Institut d’Études Politiques (‘Sciences Po’), Paris, the Institut für höhere Studien, Vienna, the University of Vienna and Yale University, New Haven. His research is concerned with knowing and doing in politics, that is with what policy makers, practitioners and others know and do when they go to work. It draws on public policy as well as social theory, the sociology of knowledge and science and technology studies in exploring public action. He is the author, most recently, of doing politics (2021), free to access at https://doingpolitics.space. See also: Freeman, R (2020) 'The role of the councillor and the work of meeting', Local Government Studies, 46:4, 564-582 Freeman, R (2019) 'Meeting, talk and text: policy and politics in practice', Policy and Politics 47 (1) 37-56 Leigh, D and Freeman, R (2017) 'Teaching politics after the practice turn', Politics 1-14 Freeman, R and Mangez, E (2013) 'For a (self-)critical comparison', Critical Policy Studies 7 (2) 198-206 Freeman, R (2012) 'Reverb: policy making in wave form', Environment and Planning A 44 13-20 Freeman, R, Griggs, S and Boaz, A (2011) 'The practice of policy making', Evidence and Policy 7 (2) 127-136 His books include, with Steve Sturdy, Knowledge in Policy: embodied, inscribed, enacted (Policy Press 2014), with Jan-Peter Voß, Knowing Governance: the epistemic construction of political order (Palgrave Macmillan 2015) and, with Fiona McHardy and Danny Murphy, Working for Equality: policies, politics, people (Argyll Publishing/CCWB 2017). He is a former co-editor of Critical Policy Studies and Palgrave Studies in Science, Knowledge and Policy.

Richard has not yet registered for any ECPR events.

Richard has not yet joined any established ECPR Standing Groups or Research Networks.