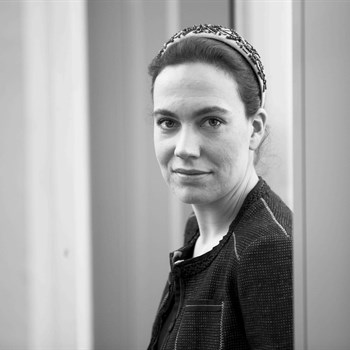 Sarah L. de Lange is Professor by special appointment at the Department of Political Science at the University of Amsterdam. Since 2016 she holds the Dr. J.M. Den Uyl chair, a chair established by by the Wiardi Beckman Foundation. Sarah L. de Lange is is currently working on a project funded by the NWO entitled 'Generational differences in determinants of party choice'. The project examines how the mechanisms that explain voting behaviour differ between younger and older generations. She supervises five PhD students: Laura Mulder, Linet Durmuşoğlu, Nick Martin, Thomas Jocker, and Twan Huijsmans. She has previously worked on three large-scale research projects: Sub-National Context and Radical Right Support in Europe funded by a ORA grant, Conflict in Five European Systems: The Role of Citizens, the Media, and Parties in the Politicisation of Immigration and European Integration funded by a Conflict & Security grant of the NWO and Newly Governing Parties: Success or Failure?, funded by a Veni grant of the NWO. Sarah L. de Lange has been a Jean Monnet Fellow in the Robert Schuman Centre for Advanced Research at the European University Institute and a visiting scholar at the Goethe University. She holds a PhD from the University of Antwerp, Belgium. Her dissertation, entitled From Pariah to Power: Explanations for the Government Participation of Radical Right-Wing Populist Parties in West European Parliamentary Democracies , was supervised by Cas Mudde and was nominated for the thesis award of the Dutch Political Science Association (NKWP), in 2009. Her main research interests concern parties, party families, and party systems. Her work is broad in geographical scope and examines party politics in a range of East and West European countries. Her publications have appeared in Acta Politica, Communist and Post-Communist Studies, Comparative European Politics, Electoral Studies, Ethical Perspectives, European Political Studies, Government and Opposition, the Journal of Common Market Studies, the Journal of Ethnic and Migration Studies, Party Politics, Patterns of Prejudice, Political Studies, Politics and Governance, and West European Politics and a number of edited volumes. Her latest edited volume, entitled Radical Right-Wing Populist Parties in Western Europe: Into the Mainstream? has appeared with Routledge in 2016.

Sarah has not yet registered for any ECPR events.