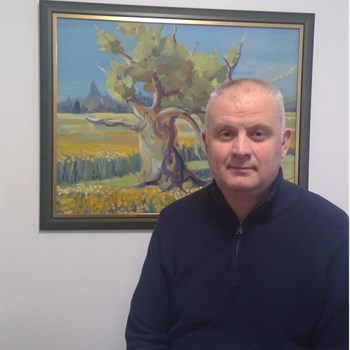 Siniša Malešević is a Full Professor/Chair of Sociology at the University College, Dublin. He is an elected member of Royal Irish Academy and Academia Europaea (the European Academy) and an elected Associated Member of the Academy of Sciences and Arts of Bosnia and Herzegovina. He is also a Senior Fellow and Associate Researcher, at CNAM, Paris, France. Previously he held research and teaching appointments at the Institute for International Relations (Zagreb), the Centre for the Study of Nationalism, CEU (Prague), NUI, Galway, the London School of Economics, the Institute for Human Sciences (Vienna), Université Libre de Bruxelles (Visiting Professor/Eric Remacle Chair in Conflict and Peace Studies) and Uppsala University. His recent books include Grounded Nationalisms: A Sociological Analysis (Cambridge University Press, 2019), The Rise of Organised Brutality: A Historical Sociology of Violence (Cambridge University Press, 2017, American Sociological Association PWSC outstanding book award 2018), Nation-States and Nationalisms: Organisation, Ideology and Solidarity (Polity 2013); The Sociology of War and Violence (Cambridge University Press, 2010, reprinted in 2012), Identity as Ideology (Palgrave, 2006), The Sociology of Ethnicity (Sage, 2004) and edited volumes The Sociology of Randall Collins (Sage, 2019) Empires and Nation-States: Beyond the Dichotomy, (Sage, 2017), Ernest Gellner and Historical Sociology (Sage, 2015), Nationalism and War (Cambridge University Press, 2013) and Ernest Gellner and Contemporary Social Thought (Cambridge University Press, 2007). He has also authored over 100 peer-reviewed journal articles and book chapters and his work has been translated into Chinese, Croatian, Persian/Farsi, Turkish, Portuguese, Russian, Japanese, Serbian, Indonesian and Spanish. Professor Malešević has been principal investigator for several research grants, has organised eight international conferences and has given more than 120 invited talks all over the world. He regularly acts as an academic adviser/referee for the research projects in the UK, Germany, Netherlands, Switzerland, Austria, Croatia, Canada, Belgium, Poland and Japan. He also serves on the editorial boards of ten international academic journals. More information available at http://sinisa2malesevic.wordpress.com/;

Sinisa has not yet registered for any ECPR events.