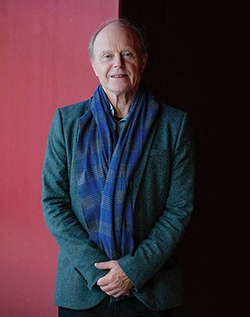 We are delighted to announce that the biennial ECPR Lifetime Achievement Award will be presented in 2020 to ‘a leader, a teacher and a true model for political theorists’: David Miller, Senior Research Fellow at Nuffield College, Oxford.

David’s association with Nuffield College stretches back more than four decades, but recently he helped found the Masters of Public Policy at the Blavatnik School of Government, a one-year programme designed to introduce public sector practitioners from around the world to the theory and practice of public policy. During his long career, he has supervised 49 PhD students, and been a Visiting Professor at universities across the world.

He has served as an associate editor of the highly influential journal Ethics; International Journal of Social, Political, and Legal Philosophy and since 1995 has been co-editor of OUP's flagship Oxford Political Theory series.

David Miller has written twelve books, edited nine, and published more than 200 journal papers and book chapters. According to Google Scholar, his work has been cited more than 22,000 times.

Learning of his prestigious accolade, David told us:

'I am delighted and very honoured to be given this Lifetime Achievement Award. As a young academic, taking part in the ECPR’s Joint Sessions was a memorable and formative experience for me, and I have held the ECPR in the highest regard throughout my career. I look forward to attending future events once the current pandemic has passed.'

The nominating committee, led by Richard Bellamy, University College London, and Avner de Shalit, Hebrew University of Jerusalem, argued in their submission that David Miller's research and teaching has been

‘…an inspiration, a model of reasoning and of researching. Miller makes a coherent and consistent attempt to tackle everyday issues which trouble contemporary citizens, parliaments and governments. In a clear and engaging style, which is nevertheless very analytical and rigorous, and in a very brave fashion, he puts forward rich political theory, which has inspired generations of students, researchers and scholars.'

On hearing of David's win, Richard Bellamy issued a statement on behalf of his committee:

'We nominated David Miller because he is not only one of the most prominent political philosophers in the world today, but also someone whose approach to the field, which links normative theory to empirical research, exemplifies why political philosophy is a central part of political science. His work has addressed such pressing issues as migration, nationality, social justice and citizenship in a timely, original and practical way.

Miller’s work has influenced generations of political theorists, many of whom he supervised or mentored during his long career – ourselves included.'

Our heartfelt congratulations to David Miller on being honoured with this most distinguished of ECPR awards.