We are delighted to reveal that the 2020 Mattei Dogan Foundation Prize in Political Sociology has been awarded to Niilo Kauppi, in recognition of his significant contribution to the development of this area of the discipline over more than three decades.

Niilo is Visiting Professor at the Swedish School of Social Science of the University of Helsinki, Director of Research (on leave) at CNRS in France, and affiliated with Sciences Po Strasbourg. 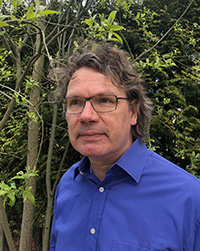 '"One is never safe from good news", as they say in France! I am surprised and deeply honoured to have been awarded this prize. For me, the ECPR and its political sociology community have been a real intellectual home, providing a highly stimulating environment for explorative and creative work. I look forward to taking part in future endeavours to further develop European political sociology.'

Niilo received his PhD from the University of Helsinki in 1991 and has continued to serve the European academy with distinction throughout his professional academic career.

He has an impressive record of collaboration in research, teaching, and other professional activities across universities in Luxembourg, Lausanne (IEPI), Tallinn (University of Technology), and Paris (EHESS). From 2015 to 2019 he was Distinguished Professor at the Department of Social Science and Philosophy, University of Jyväskylä. During 1999ꟷ2000 and 2002ꟷ2003 he was visiting professor at the Minda de Gunzburg Center for European Studies, Harvard.

Between 2012 and 2015, Niilo served as ECPR’s vice-chair, with responsibility for our General Conference, Publications, and Standing Groups portfolios, and from 2005ꟷ2009, he was an Executive Committee member of EPSA.

He has collaborated on numerous research projects around Europe and been awarded grants from a number of European research funding bodies, and from the European Commission’s multi-annual Framework Programme.

Niilo has been influential in nurturing the next generation of researchers through his teaching, supervision of doctorates and postgraduate theses. He has also been a key influence in communicating the broad contours of European political sociology through his many publications, agenda-setting initiatives and organisational leadership, playing a vital role in shaping the research agenda for a future generation of scholars.

Influenced especially by Bourdieu and Weber, analysing subjects ranging from the rise of ‘French theory’ to that of datafication, Niilo’s long-term theoretical project centres on the political sociology of knowledge and power.

Niilo Kauppi is a regular commentator on French and European politics on Finnish TV and radio.