Who is the director during this time period?

Oddbjørn Knutsen passed away in August 2019 and was replaced by Hana Kubátová who had been placed first unsuccessful candidate in the election.

Oddbjørn Knutsen passed away in August 2019 and was replaced by Hana Kubátová who had been placed first unsuccessful candidate in the election.

The creation of a discipline

2020 marks 50 years since the creation of the ECPR. During 1969 and 1970, Jean Blondel and Stein Rokkan, working with Peter de Janosi of the Ford Foundation and other prominent European scholars, shaped the concept of a ‘European Consortium for the Promotion of Political Science’. The objectives of the organisation and its founders were ambitious yet straightforward: ‘to break down the barriers between the national traditions of the discipline and create a truly international community of scholars within Europe…’

With vital funding from the Ford Foundation and the support of eight founding universities, the ECPR was born and quickly got to work, supporting summer schools, establishing the Joint Sessions of Workshops and the EJPR journal within its first three years. Fifty years on it can not only be said that the international community they wished to create exists, but that it continues to thrive because of the ECPR.

A number of special events and activities will take place throughout 2020 to celebrate the 50th anniversary:

Screened at the Virtual General Conference 2020

DONATE to the 50th Anniversary Fund

Jean Blondel, Serge Hurtig and Stein Rokkan send a letter to 12 European colleagues suggesting the creation of an informal network of institutions with the aim of improving cross-national collaboration.

A meeting to discuss the idea takes place in Paris – in attendance were Uwe Kitzinger, Anna Oppo, Gerhard Lehmbruch, Arendt Lijphart (Hans Daalder, Jorgen Westerstahl, and Rudolf Wildemann were invited but could not attend).

August – de Janosi offers financial backing from the Ford Foundation and encourages Blondel to resume contact with Rokkan to shape the formal proposal.

Final proposal is submitted to the Ford Foundation in May.

A grant of $272,500 from the is awarded on 29 July 1970. The ECPR’s founding member institutions are Sciences Po, Nuffield College, Universities of Bergen, Leiden, Essex, Strathclyde, Gothenburg and Mannheim.

First Executive Committee meeting takes place in Munich on 30 August – Jean Blondel and Stein Rokkan confirmed as Executive Director and Chair of the Executive Committee respectively and the decision taken to locate the ECPR's offices at the home institution of the ED, the University of Essex.

ECPR formerly supports the Essex Summer School (established by Budge) which had already taken place in 1968 and 1969, enabling participation for members. 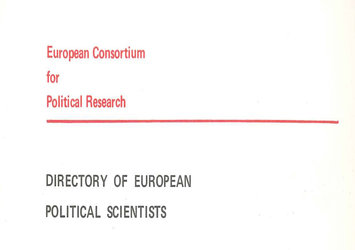 Publishes Directory of Graduate Courses in Political Science in Western Europe with the aim to encourage training across national boundaries.

Data Information Service established at Bergen under Rokkan with the aim to put together standardised data sets from national data centres across Europe – firstly encouraging developing creation of data banks at national level to build upon. 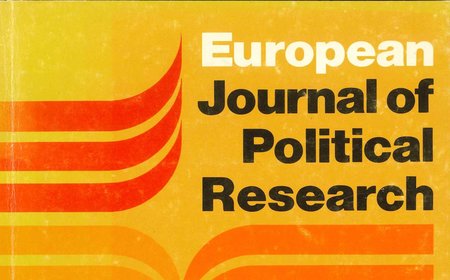 European Journal of Political Research (EJPR) launched with the aim of providing a forum to unify profession and encourage cross-national dialogue, first published with Elsevier.

Ten parallel workshops organised in Mannheim in 1973 with 178 participants as an alternative to a series of one-off workshops throughout the year at different locations. Event is a success and a second is organised for Strasbourg the following year – the Joint Sessions of Workshops are born.

Fourth edition of Directory of European Political Scientists is published, containing full biographical details for over 3,000 academics working across Europe as an aid to networking the profession. 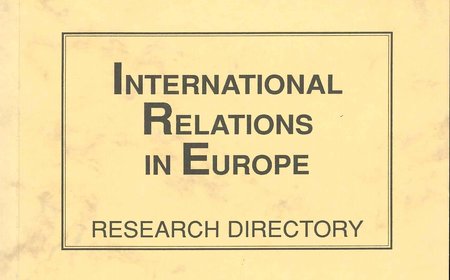 Full membership is opened up to Central and East European institutions.

The ECPR sends its first email and accounts are computerised.

Political Data Yearbook (PDY) is added as a double issue at the end of each volume to the EJPR. 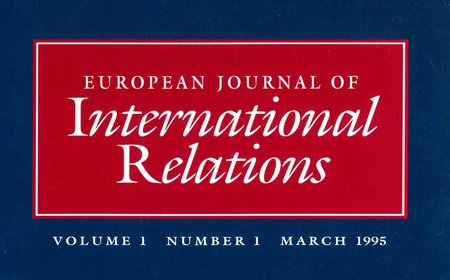 ECPR News bulletin starts to develop into a journal.

European Journal of International Relations (EJIR) launched by the Standing Group on IR.

Number of members: 200, including 31 Associate Members.

ECPR buys out EJPR from Kluwer and moves it to Blackwell (now Wiley), setting the precedent for ownership of all publications. 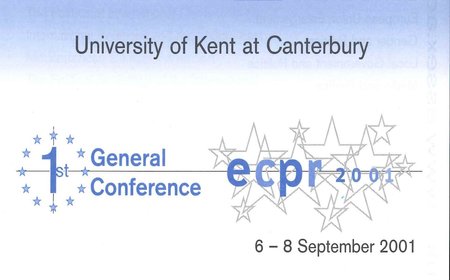 First General Conference held at University of Kent at Canterbury in association with the SGIR Conference (600 participants).

Role of Executive Director split between Academic and Administrative Directors as the number of staff grows. 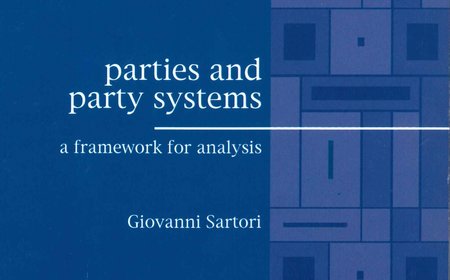 Full Membership is opened up to all institutions, regardless of geographic location. 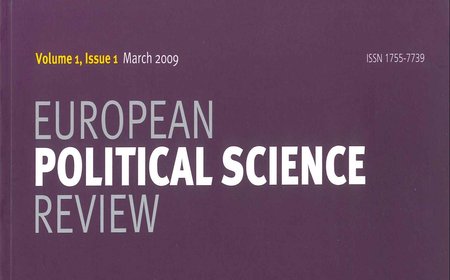 The ECPR offices move out of the Government Dept at Essex because it has grown too large. Staff move to John Tabor building across campus and Essex continues to support through subsidised rent and provision of some support services.

Electoral and Constitutional reform is required as too few nominations are received for EC 2009–2012 cohort, necessitating several co-options. Extraordinary meetings of Council called and new electoral rules and electronic system for elections established. 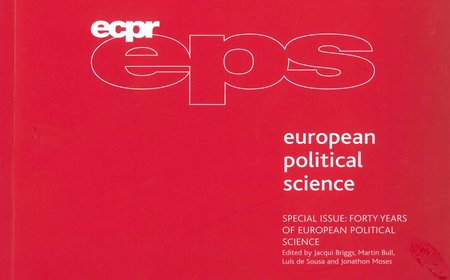 My ECPR database launched allowing users to subscribe online for email alerts and manage their interactions with the organisation. Staff can now see levels of engagement across countries, members, gender, etc.

40th anniversary celebrated with commemorative book and special issue of EPS looking at 40 years of political science in Europe. 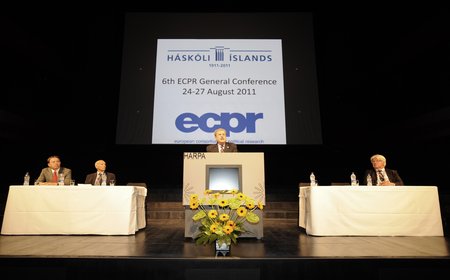 Administrative and Academic Director roles merged into one Director role (a seconded academic post) with responsibility for staff and EC liaison. Management Group created to support the Director. 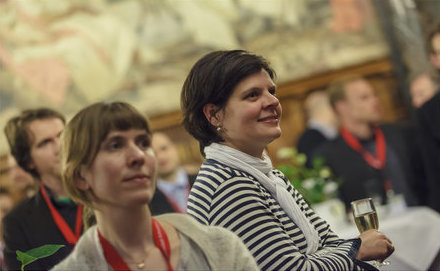 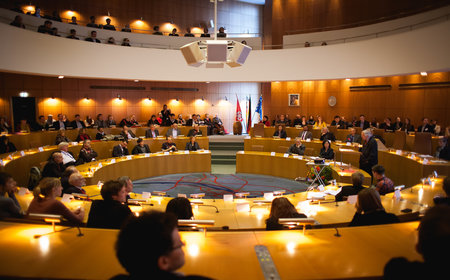 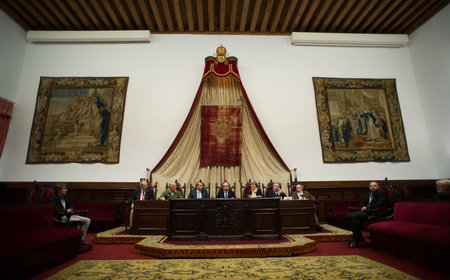 The ECPR buys its own property, Harbour House, as its offices can no longer be housed at the Essex University campus. The ECPR's operations and management are now separated from the University of Essex. 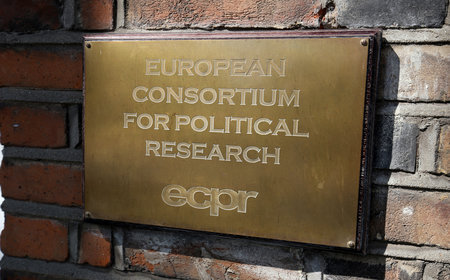 General Conference in Montreal – first ECPR event to take place outside of Europe.

All staff move into Harbour House. First Publications Retreat takes place and HH is opened up to members and Standing Groups for use. 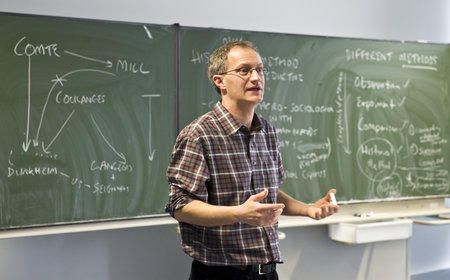 ECPR transfers to a Charitable Incorporated Organisation (CIO) with a revised Constitution and governance requirements. 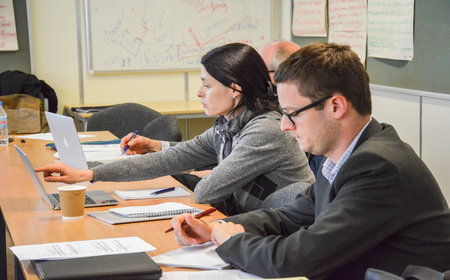 First Gender Study is published looking at the participation and representation of women across all ECPR events, activities and governance – EC agree to conduct this every year.

The number of Standing Groups and Research Networks operating under the auspices of the ECPR reaches 50. 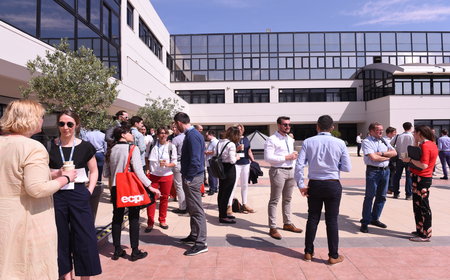 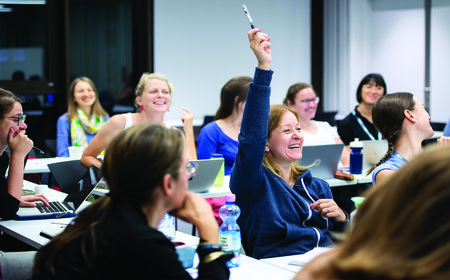 Revised Framework for Standing Groups and Research Networks is published.

First World of Political Science Study is carried out, in partnership with IPSA.

A special event is held at Harbour House to mark the 90th birthday of ECPR founder Jean Blondel, and celebrate his career.