This year’s prize has been awarded jointly to Abel Escribà-Folch (Universitat Pompeu Fabra) and Joseph Wright (Penn State University) in recognition of their book Foreign Pressure and the Politics of Autocratic Survival, published by Oxford University Press in 2015.

Escribà-Folch and Wright provide exceptionally insightful answers to these questions in a book that is a masterly example of comparative scholarship. They seek to develop a ‘unified theory of regime change in dictatorships’ that links the use of foreign policy instruments to the calculations of autocratic rulers as they seek to stay in power and ponder the costs of losing power.

Empirical expectations are tested against a broad array of quantitative and qualitative observations relating to dictatorships since 1946 and the foreign policy tools employed to destabilise them.

The authors tackle questions of major political significance; their research is empirically impressive, theoretically sophisticated, conceptually rich, and methodologically convincing; and they present their answers in a lucid and compelling manner. 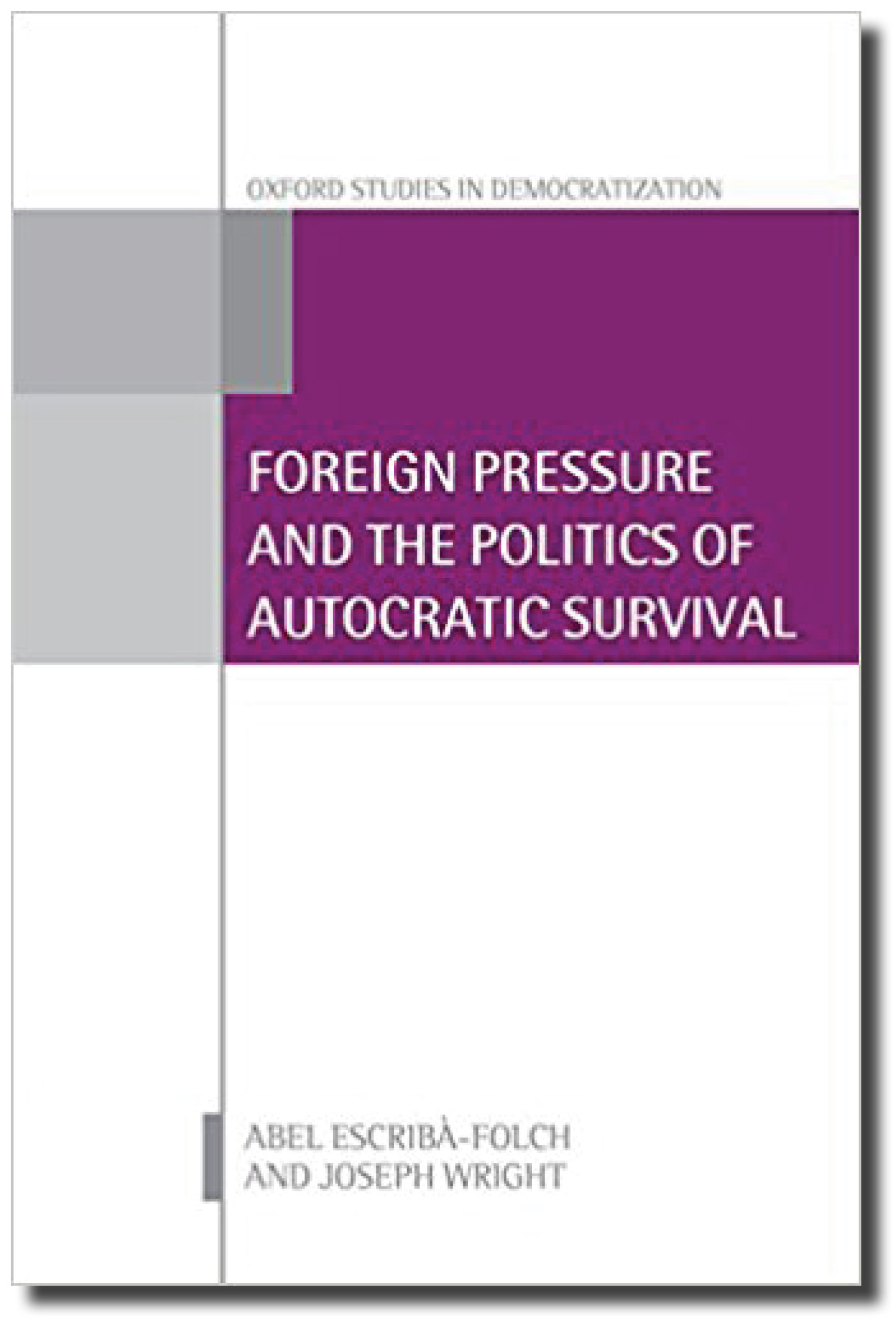 ‘Escribà-Folch and Wright have written a book that exemplifies the academic virtues that the Stein Rokkan Prize is intended to honour. It asks big questions and it gives bold answers that are informed by rich empirical information, analysed with conceptual, theoretical and methodological flair and rigour.

If, as many argue, autocracies are on the rise and democracies in retreat, this book helps to explain why; but it also provides perhaps surprisingly practical insights into what can be done to contain and push back autocracies.’

The jury members were unanimous in their decision

About the Stein Rokkan Prize

The Stein Rokkan Prize for Comparative Social Science Research is presented by the International Social Science Council (ISSC), the University of Bergen and the ECPR. The $5,000 prize, awarded annually, is open to works in comparative studies from all social science disciplines. It is given to a submission deemed to be a substantial and original contribution to comparative social science research. See previous prizewinners.