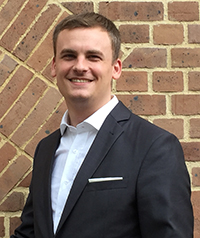 The 2016 Jean Blondel PhD Prize for the best thesis in politics has been awarded to Philipp Köker (Canterbury Christ Church University) for Veto et Peto: Patterns of Presidential Activism in Central and Eastern Europe.

Köker's thesis maps patterns in the activism of democratic presidents in nine European democracies, from 1990–2010. His original data set includes semi-structured elite-interviews on the use of presidents' legislative powers. With these data and an innovative approach, Köker provides impressive cross-country empirical analyses of presidents' reactive powers.

Ultimately, Köker shows that popular presidential elections, cohabitation between president and government and a low seat share of the government are the most important predictors of presidential activism.

The Panel judged that Philipp's thesis '....makes an important contribution to studies of presidential activism, it suggests an innovative research approach to explain this activism and, moreover, it is elegantly constructed and a pleasure to read.'