Olivier Brossard has been a full professor at Sciences Po Toulouse since 2005, and its Director since November 2016.  He holds a PhD in economics. Olivier previously worked at the OFCE, Sciences Po Paris, and for five years was full professor at the Université de Savoie. His research themes are organised around prudential regulation; stability of the banking system; financialisation; the study of the determinants of innovation and public policies regarding innovation; the analysis of corporate ownership and control. Olivier has published in academic journals such as Industry and Innovation, Industrial and Corporate Change, Journal of Money, Credit and Banking, and Research Policy.

Awarded to Femke Bakker for her thesis Hawks and Doves. Democratic Peace Theory Revisited.  Read more about the Jean Blondel PhD Prize and see a list of past recipients. 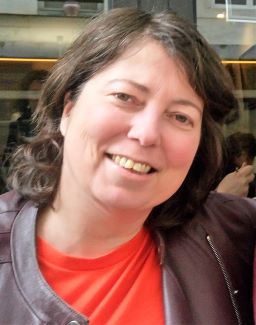 The ECPR at 50: One <European Political Science> or Several?

As the ECPR turns 50, this lecture reflects on the development of the discipline in the European context.  Is there a consensus on the scientific method? This implies scholars agree what to disagree about, drawing the boundaries of the field and coming to a shared definition of the “rules of the game” that allow for the confrontation of different perspectives and the concomitance of “research programmes” each with a hard core of theoretical assumptions and auxiliary hypotheses. Although transnational dynamics have always been at work, the discipline hails from different disciplinary traditions and national contexts. This historical diversity has buffered attempts to impose a single paradigm, in particular 50 years ago when scholars in comparative politics who founded the ECPR did not fully adhere to the social or public choice revolution to supplant behavioralism. Where are we now? What are the dynamics within the field and external factors that affect scientific pluralism? External funders, university rankings and the like pressure political scientists to conform to a certain “international standard.” There are also signs that point to balkanization and a lack of dialogue across various sub-fields. After the tremendous expansion of political science, in spite of the growing sophistication of its techniques of inquiry, the discipline is actually fragile. It is exposed to a number of challenges in many European countries, with direct attacks on academic freedom in certain states and more incremental phenomena such as budget cuts and managerial reforms in others. The lecture will take stock of the current capacity to think collectively the empirics of the times and take on new research agendas.

Virginie Guiraudon holds a PhD in Government from Harvard, and is currently CNRS research director at the Sciences Po Center for European and Comparative Studies in Paris. She has contributed to adapting political sociology to the understanding transnational political phenomena, and she co-edited Sociology of the European Union (2011).  Her current work focuses on the drivers and effects of the Europeanisation of immigration, asylum and border policies.

Virginie has been executive board member of EUSA, the Council for European Studies, and of our Standing Group on the EU, and co-founded ESA Research Network on Political Sociology.  In 2013, she won the ECPR Mattei Dogan Foundation Prize.