How did political science rise to the challenge of Brexit? Our 2019 EPS Prize winner

The 2019 Jacqui Briggs EPS Prize has been won by Stuart Brown, London School of Economics and Political Science, for his article 'Britain’s EU referendum: How did political science rise to the challenge? An assessment of online contributions during the campaign,' which appeared in Vol. 18, No. 1, 2019.

The £500 prize is generously sponsored by co-publisher Palgrave Macmillan

Brown finds that academics are faced with two competing pressures in their public engagement. On the one hand, positional content supporting one side of a highly polarised debate generates greater public interest; on the other, the value of academic contributions to public discourse is in their credibility, which is tied to the perception of political scientists as 'fair-minded observers' making 'evidence-based contributions.'

Brown cautions political scientists tempted by the siren song of likes and page views to avoid conflating popularity of content with the value of content. Instead, Brown challenges us to consider the long-term impact of each contribution, and to value works offering enduring insights over positional pieces that are quickly shared, but quickly forgotten. 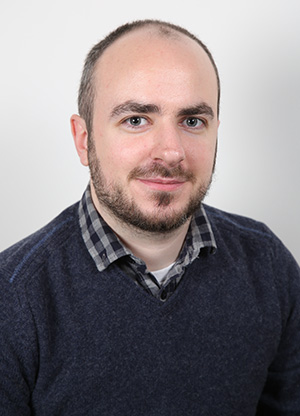 His research interests include standards of democracy in European politics, EU policymaking, and the role of experts in political decision-making. His most recent book was The European Commission and Europe’s Democratic Process (Palgrave, 2016).

He has a particular interest in academic blogging and regularly leads seminars for students on how to blog about their research. He is currently the Managing Editor of the LSE’s EUROPP – European Politics and Policy blog.

In Stuart's own words

'Receiving the Jacqui Briggs EPS Prize is a great honour. Although my article focused on the Brexit referendum, many of the issues political scientists encountered during the campaign are universal. As citizens increasingly look online to inform their political views, there is a growing need for the expertise that academia can provide and I’m convinced that political scientists across Europe can rise to this challenge.'