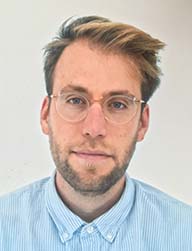 The winner of the 2019 Rudolf Wildenmann Prize is Tobias Widmann from European University Institute.

His prizewinning paper How Emotional Are Populists Really? Factors Determining Explicit Emotional Appeals in Political Communication was presented at the 2019 Joint Sessions of Workshops in Mons, Belgium.

Tobias's paper tackles this question by analysing explicit appeals to four discrete emotions in the communication of political parties in two European countries. His study applies an automated text-as-data approach to more than 76,000 tweets and 24,000 press releases, and exploits those countries' elections to apply difference-in-difference strategies, estimating the effect of electoral success on populist radical right parties' emotional appeals.

The results show how populists make significantly more appeals to negative emotions than all other parties, and the lowest level of appeals to positive emotions. The difference between populist right and populist left parties depends on the medium, with Twitter predominantly used by the populist right to convey anger and fear.

The difference-in-difference analysis indicates that populist radical right parties do not moderate their behaviour once they enter parliament, though once they join government their communication does become less emotional overall.

'Tobias's article makes an important contribution to the existing scholarly literature on populist political communication. We consider it to be original, relevant, theoretically sound, and based on impressive use of rich empirical data. The article is well constructed and focused, and the methodology of the paper is well elaborated.'

‘It is a huge honour for me to be awarded this prize in an early but decisive stage of my academic career. The prize serves as a great motivation for me to further pursue my research interests, especially since emotions in politics is still a relatively new field of research.

The feedback I received at the ECPR Joint Sessions was invaluable and contributed immensely to the quality of my work. The Joint Sessions are a great format because they offer a productive setting for young researchers to meet and learn from each other. I am very grateful to have been part of it.’

The award will be presented during the Joint Sessions of Workshops at Sciences Po Toulouse, in April 2020.